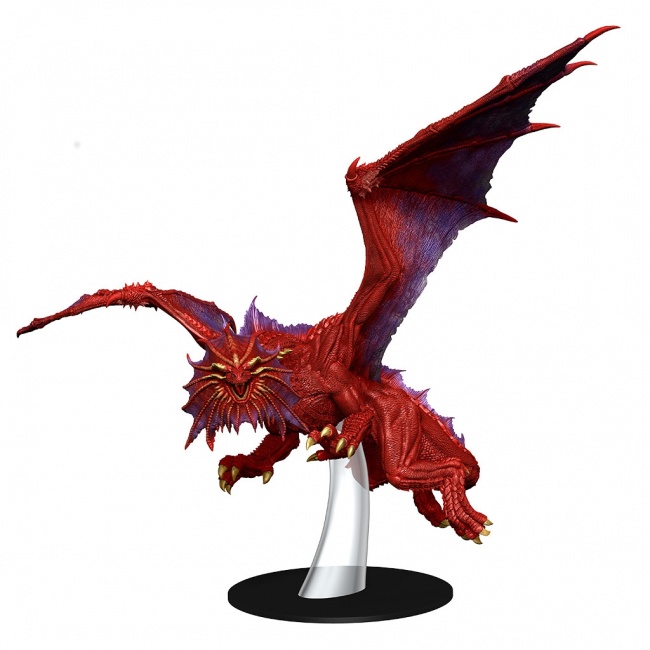 The Dungeons & Dragons / Magic: The Gatheringcrossover Guildmasters’ Guide to Ravnica will get support from WizKids’ on-going D&D Icons of the Realms line of pre-painted miniatures, with two starter sets, boosters, and a premium figure offer, all scheduled for November release.

Timed to coincide with the release of the first official Dungeons & Dragons title to cover part of the Magic:  The Gathering world (see “‘Dungeons & Dragons’ Officially Meets ‘Magic:  The Gathering’”), the aptly-named D&D Icons of the Realms:  Guildmasters’ Guide to Ravnica set will feature characters and creatures chronicled in the upcoming supplement book.  In all, the set will include a total of 44 new figures, including the Deathpact Angel, the Gruul Anarch, the Boros Reckoner, and the Nightveil Specter, as well as the guildmasters of Ravnica themselves.

Customers who pre-order a full case of Booster Bricks(4 bricks or 32 Standard Boosters) will be eligible to purchase one case incentive figure depicting the Izzet Guildmaster Niv-Mizzet.  The larger-size Niv-Mizzet Red Dragon Premium Figure will have an MSRP of $49.99, and will be available only while supplies last.

You can preorder today!