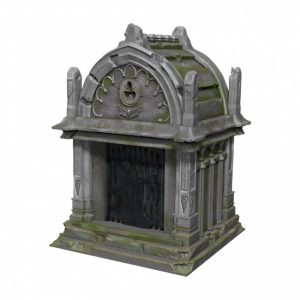 Heroes and villains from the crusader nation of Lastwall will be the focus of the Pathfinder Battles:  Ruins of Lastwall set of pre-painted plastic miniatures.  The 44 figures in the set include a devout Lastwall Knight, a cunning Skeletal Samurai, and even the frightening Time Dragon, as well as other allies and enemies suitable for any role-playing game, especially those set in the Pathfinder world.